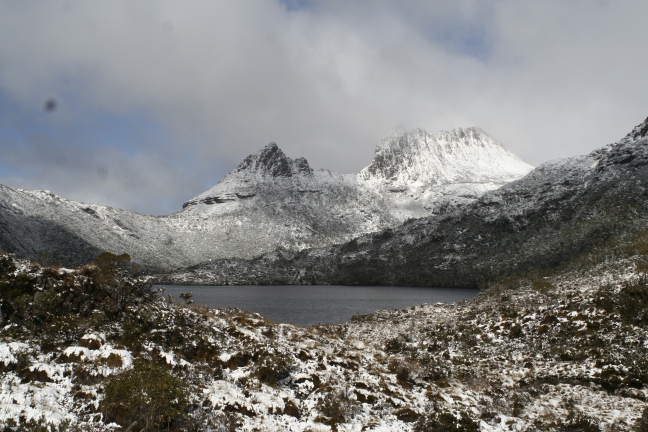 There is the slow clack of an old woman tapping her cane, walking across the floor of a motorway services in the dark. Its such a cliché-is it? Read more

I sense my daughters unease. We have travelled around the M25 and now we are at the services. She wants to know what we are doing here. We are sitting at a table. She is swinging her legs back and forth.

I am nervous, visibly nervous. My palms are sweating and I am watching the CCTV more than it is watching me.

She speaks first, ‘Are we here because of gran and the whole internet thing?’

I freeze. I didn’t think she knew.

I shake my head. She knows I am faking it. What was I supposed to do? This woman is my mother and she –she sent me a letter.  I know the woman who can hack almost anything, who shut mega social media channel for 2 hours last week because they gave some bad publicity to her and her friends, the 80 something year old woman who regularly threatens cyber-firms with total calamity –yes her! She sent me a letter, hand written,  telling me to be here at 2pm on Saturday. I guess she is one of the few people in the world left who knows how to do that. It’s also something the authorities aren’t likely to be looking out for.

Dear god, my mother!!!. No one was more surprised than me when the post man-who even knew they still existed, delivered it. And he was human, I guess that means he won’t remember it which could be useful. There will be no immediate audit trail of its delivery. By the time the delivery is reported if at all and probably via a form that is not on the web, it will be too late and this day will have been and gone.

I shouldn’t have come. I certainly shouldn’t have brought her. It’s a crazy idea. I should have gone straight to the authorities. I have no idea what I will tell them, except I do. She also sent me a brochure, a place we are visiting right after here-a new kind of care home-for your delinquent parents. That is what I will tell them I was doing. She sent me a cover story-I am out looking for a place to put her when they finally catch her. Its low tech, not much to hack, with human carers-who knows where they got those from?  And purely non electric pursuits, probably crochet for real -and baking -and stuff my mother can’t do and has no interest in. A lot of people are faced with delinquent elderly parents now and most people put the blame at the feet of my infamous mother. Which isn’t unreasonable -I certainly do.

She is all over the internet everyday, telling them to clean up their act or else. This from someone who murdered a few people, broke out of her retirement home and has been on the run ever since.  I recently saw an interview with the CEO of the biggest tech company in the world, they asked what was he most afraid of in the future. His words, not mine, ‘the internet being taken over by elderly women’-no that is actually what he said. Then the journalist asked, ‘Anyone specific’ and he said, OMG get this, he said, ‘Her, we all know who she is, all of us in silicon valley. But we never say her name. She’s watching, always watching. We’re all worried, we’re all scared.‘

They’re too scared to even say her name. She’s like some mythical creature from the deep coming to gobble them up. In their defence, it’s a while since I said her name. ‘Mum’ I say it out loud and my daughter looks across at me. ‘Gran’ she mouths. I am crestfallen. I really thought she didn’t know.

I can’t believe I am doing this. She isn’t going to come. The little girl sitting across from me-how can I even explain it. Its then I notice something. Her favourite rabbit, she has brought it with her and over its little purple dress is a little white crochet cardigan.

I freak out. I lean over and grab the bunny. ‘Where did you get that?’ I scream. The whole place turns to look at me. I shrink in my chair.

I whisper very forcefully to her as if that will somehow lessen the attention. ‘Where did you get that?’

She looks slightly worried, ‘I got it for my first birthday, you told me the story.’

‘Not the bunny, the cardigan its wearing,- its crocheted.’

She reddens and looks at the table. I look closely at the little white jacket on the bunny and see that crochet is an overstatement, it’s a bunch of wool barely strung together. I know this total lack of arts and crafts skill. I know the person who made this.

I sit frozen in my seat. At some point, somewhere, somehow!- my mother has seen my daughter and not told me.

I want to scream. I am so angry. Then the lights go out. Everything is suddenly much darker. No one seems to notice much, most of them are engrossed in their phones. The doors-the sliding doors are stuck on open. People are leaving but not in a hurry. The Costa woman is saying the electricity is gone and they can’t do coffee. There is the faint smell of uncooked burgers and then I hear it.

Clack. On the floor. Clack. Clack. The familiar sound of an old woman walking with a cane. Its coming from behind me, from out of the toilets. I smell her before I see her. Often the way it is with old people.

I see my daughter smile and I know my mother has put her fingers to her lips to silence her. She is right behind me now and I am frozen. My mother. Murderer. Hack. Reprobate. Escapee. Fugitive. Thief, so many words go through my head. The final ones are the most telling of all -Fake International Crochet Judge. Who does that?? I look across at the rabbits little white cardigan-my goodness how did she pull that last one off.

She puts something down on the table. Their eyes are still locked- hers and my daughters. A raspy voice says ‘Happy Birthday.’

Dear god its my daughters birthday on Tuesday. I forgot. I hope the Bot has something sorted.

‘Thanks gran’ my daughter says.

She is right beside the table and I turn to see her. To face her. To look her in the eyes.

She looks at me. I see love. I see compassion. I see pity. I sense the endless failure that I am. The plucky little princess that was never me, creeps up behind and whispered, ‘break a rule, just one’-but I never did.

She reaches out and puts my hair behind my ear. ‘Love you princess’ she says.

There is the slow clack of an old woman tapping her cane, walking across the floor of a motorway services in the dark. Its such a cliché.

It seems to take forever for her to leave. My daughter is sitting there swinging her legs and smiling.

I want to run after her. Or at least walk really quickly. I could probably catch her at ordinary pace to be truthful. I want to stop her. To tell her I love her, to explain why I’m not her. Instead I just cry, uselessly. Sobbing loudly and spilling tears in my coffee.

I know she can’t hear me even though she is still within sight. She isn’t wearing her hearing aid. The doors finally swish shut behind her. She is gone. It seems like an eternity. It probably was. I can hear the distant hum of a mobility scooter-probably hers-as it heads for the motorway-another problem she seems to have single-handedly created.

My daughter smiles back at me. She whispers across the table. ‘Don’t worry Mum, gran will break you out and then we can go on the run too. ‘