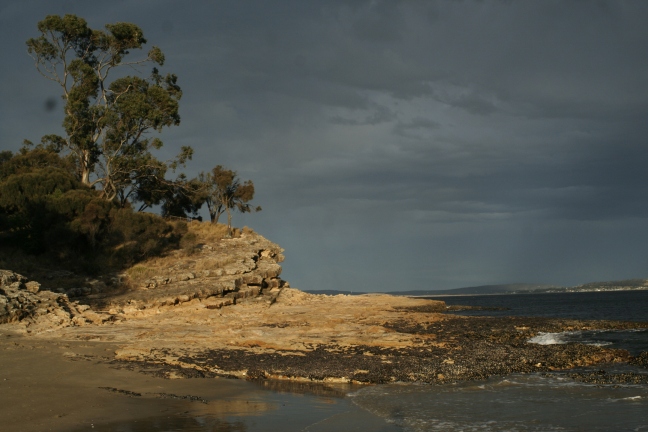 We are not now or ever going to purchase a mobility scooter. You know they come in a side car version now so that you can ‘take along a grandkid’ Like I’d let my daughter ride out with my mother.

I am sitting at my computer. So my mother and Maureen Bitman knew each other. I am looking at  some of Maureens arts and crafts videos, some of her more popular ‘crochet’ series ones. She is currently crocheting a ‘crop top’ – who wears a crochet crop top-it has holes! I want to scream at the screen but in Maureen’s world you wear a crop top over something so the holes don’t matter.

I looked at search history-foolishly-something you should never do when you’re married. What has my husband been looking at? What delights of the internet have tempted him? It has not been a good day. I know I have been focussed on my mother and her increasingly international career, I know her public profile causes all of us problems. But this was a new low. A blow beyond what even I expected. He has been googling arts and crafts porn-which is not even a  thing-because for one thing the women are not even naked. He is just watching fully clothed women knit or embroider in some sort of weird throwback to a golden age of femininity. They’re dressed for gods sake-it is not porn when they are fully clothed. I want to shriek at the machine. What is happening. Why is the machine letting this happen. I can’t do that. I can’t shriek at a machine. I am calm. I am not calm.

I don’t even think I can face him. I don’t know what to say. This is the last straw. My daughter is absorbed in cute puppies on Nicebook where her saccharine sweet 7-8 year old friends talk about the latest trends in pony tails and never disagree on anything. They love how those cup cakes are iced regardless of the fact that most of them look like a seagull flew overhead and let one go on top of it.

They are all sweet and encouraging when Freya cuts her finger on the page of the book she is reading for the readathon for who knows what charity. ‘Oh goodness Freya, you will get over it, you will recover. Remember when Jana cut her finger, she wore a plaster for a day but then she was fine.’ And then some enormous discussion about the best plasters, how it should be put on, oh and lets not forget, best plasters are the ones with puppies on them, or kittens. Nicebook, OMG Nicebook –it shouldn’t even be a thing. Whatever happened to the golden age of cyberbullying. Everytime she signs off the machine says, ‘Now play nicely together and we’ll see you tomorrow but only if your Mummy and Daddy say yes.’ It actually says that to her at the end. I want to grab the whole device and scream at it. ‘No my daughter is a child and children can be bad and stop brainwashing her to be good, good, good all the time.’

Ok I admit it, the other day I did grab it and scream at it and now she thinks I’m delusional.

So to sum up, my husband is watching fully dressed women knit in his spare time (it is not porn if they are not naked), my daughter is being brainwashed by her stupid social network into permanent niceness and my mother remains at large, with a warrant out for her arrest, ok several warrants. Murder, theft, drug dealing, imitating a crochet judge – the usual stuff.   If I were going to do Christmas cards this year I can’t even begin to think what I would put in them. Maybe I could just go with-‘work is going well’ –which it is because I remain committed to my career, focussed on what needs to be achieved and calm despite the crises surrounding me.

Of course the only friends I have left are the ones in the police force- the ones who haul me in once a month to find out if I have seen my mother. I wonder if I shouldn’t reach out to Maureen Bitmans daughter. I resolve tomorrow to write her a Christmas card even though Christmas has just gone. I should at least thank her for the information that she gave to me. The file. The one I haven’t looked at, haven’t opened-the one about the woman, the first woman who imitated a crochet judge. I wonder why she gave it to me. What am I supposed to get from it.  I don’t even know where I put it.

I shut down the machine. There is nothing more I can learn from this stupid machine today. The truth is Christmas has been hard without my mother. I know I never went to see her at that stupid home and true I never called her, not even at Christmas time but I read all those updates the home sent and she seemed happy. It makes no sense that I would miss her so much this Christmas. I tell myself that it is not what I think it is, those other Christmases didn’t matter because it was my choice.

This Christmas is her choice. She could send a card, write an email, arrange to meet in a motorway services, disrupt transmission for the Christmas specials and send me a message. She did none of those things. Christmas passed us by without her thinking of me. It passed with the usual hoo-haa on the news, a round up of this year and all of them plastered with her face-here are the highlights of the year, most of them relate to a bunch of octogenarians who have changed the world. Do you know the sales of mobility scooters have skyrocketed. I don’t want to say it but I even found a brochure for one of those in my husbands briefcase. Which is another reason I am sitting here alone on a computer. We are not now or ever going to purchase a mobility scooter. You know they come in a side car version now so that you can ‘take along a grandkid’ Like I’d let my daughter ride out with my mother.

That file, I think it is in the car. I go downstairs, the house seems full. She is on the device in one room, he is on another device in another room. I get in the car, rummage around, there is the file.

I might as well. I pull out of the drive, head out to the main road, then, and there is no avoiding it because the place is full of mobility scooters and you can’t just bump them out of the way. I am on the motorway. I pull into the usual services. I am distraught, overwhelmed.

I take the file, go in, sit at my usual table. I think the till operator recognised me. I nod politely and pay for the coffee. I must look pitiful. I think I am still wearing my pyjamas but I try to pretend I have some dignity. This is going to be another of those movie clichés, I am the woman sitting in the motorway services reading a file given to her by the woman whose mother’s death the first womans mother covered up whilst impersonating her to escape from being captured after she had murdered four people (or was it five, maybe three-does it matter) in a nursing home before going on the run with her friends-or something-who can follow it anymore. I am the woman who has discovered her husband watches arts and craft porn-I want to stand up and scream –if they are not naked it is not porn. I cannot scream that out in a motorway services. I must not scream that out in a motorway services. The woman whose daughter is so nice that it induces her to vomit. I am the woman in pyjamas in a motorway services who is on the verge of a breakdown-how many movies has that been in!!!!!