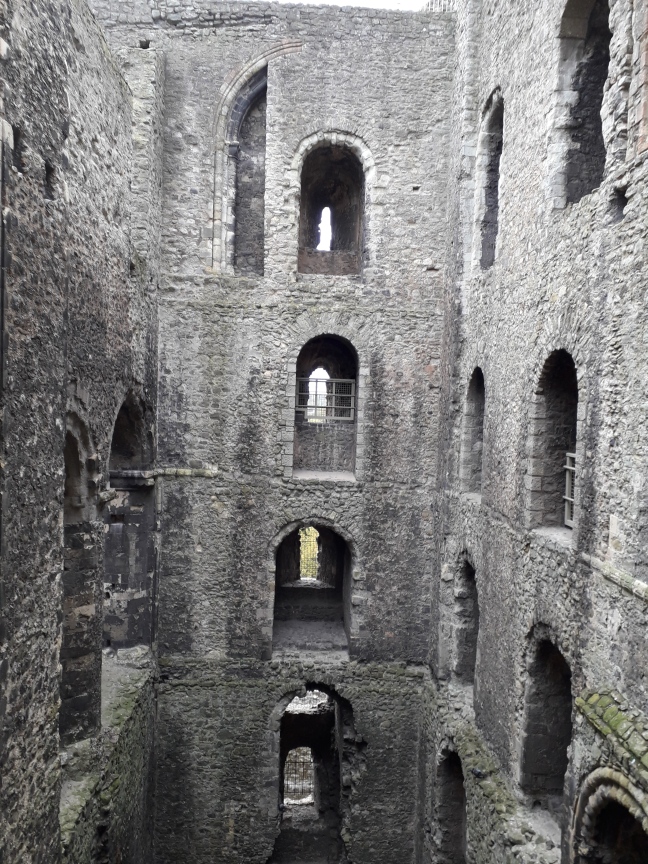 In reality I live on lentils and quinoa, in VR I indulge in cake and cake, and well cake. I mean wouldn’t you. The sensation of eating it without the actual eating of it…read more

Everybody is concerned. I get that. But I am not concerned. I will do the same thing today that I have done every Saturday since it happened. I will go to the café and sit across from my mother. We will have the same conversation that we had last week. It will be almost word for word.

It is a virtual café, so I will sit here in a chair in my kitchen with my head set and in theory she is sitting in a chair somewhere far away with her head set on. We are sitting in the same virtual reality though, so I will be able to see her and she will be able to see me. Or at least a version of me. The version I had made for VR is so close to me that you can barely tell.

I picked this virtual café because I liked its décor. There will be the same people talking in the background, the same people going in and out. I will order the same coffee and feel the odd sensation of drinking it, of reaching out to pick up and cup and take a sip, and knowing it is not real. Yet still feeling the cold porcelain, the warm milk. I will scoop the chocolate sprinkles off my cappuccino and my body will think I have eaten them. I can fool my brain into thinking I have had a coffee now without ever touching the evil stuff. It is ecologically more sound as well.

But I am not here for the false coffee or even the false carrot cake-the one with double thickness icing, all that sugar and not a calorie in sight. Sometimes I follow it with chocolate cheesecake. I do love virtual reality. In reality I live on lentils and quinoa, in VR I indulge in cake and cake, and well cake. I mean wouldn’t you. The sensation of eating it without the actual eating of it.

Anyway I am here in VR for my mother. My sister says it is wrong and I must face reality. I say I am not ready. I have lived a long way away from my mother for a long time. We have had virtual coffee in the same virtual café for nearly three years now, since it first become available. She had an image made of her which was quite true to life, if a little younger than I remembered-but hey who doesn’t. I have several images of me that I use in VR and none of them is quite true to life although the one that sits across from my mother is very close and was very expensive.

It’s odd this VR thing, because it can’t put us physically in the same room, but we are in a seemingly three dimensional space and it is very like she is in the same room. The image is her but not quite her. We can see the same thing, hear the same thing. It is hard to explain, because they could project real images, but no one does that anymore, everyone is touched up just a bit. I met my previous boyfriend in a VR café, there are such places and when I finally met him in person he was barely recognisable. It didn’t last.

Anyway my mother, we sit here every Saturday in the same virtual reality. I order the same kind of coffee and she orders tea. I eat carrot cake and she moves a chocolate slice around her plate as if it was real. I can see the sadness in her eyes, I don’t know why she did that. She could have had happy sparkly eyes or even tiger eyes. I think she was trying to tell me something. Those are not her real eyes. I know she and I are using images because she does not look like this anymore. It is always the last one I use. My sister says I need to spend more time in reality. I tell her this is my reality. She says, there is a truth and this is not the truth. She is far away too.

She sometimes calls me on the phone, refusing to turn up to a VR café, tired, she says of indulging my fantasy. I need to come home she says. I need to see it for myself. She sends me pictures. I delete them. I am not ready I tell her. I am simply not ready. She says you can never be ready. There is no ready, it has just happened and I must deal with it and the argument goes on. She sent me vouchers for therapy –I can use them anywhere apparently. She sent me a link to a therapy app. I have not used any of it.

My sister tells me it is a recording, something I made and paid for before she was gone and that sitting there every Saturday isn’t going to bring her back. She says VR is not reality and I must face reality. I say it is reality, just of a different kind, she gets exasperated and I hang up.

She says I have to accept my mother’s death. I say that every Saturday I sit across from my mother and we have coffee and cake and we chat. I know it is the same conversation but it is as if she is there in the room. It is her voice. It is her image. And I am there and she smiles when she sees me. And she is warm, and we laugh at the way she orders the chocolate cake but never eats it and we laugh at how much I love carrot cake in VR but never eat it in real life. She loves that I always scoop the sprinkles off my cappuccino. We talk about me, about family, about my job. Always the same conversation. How is my life going? Is he the one? Would I have kids without a man in my life? We talk about big things and small things. It is the last conversation we had, it is the last conversation we will ever have. We have it every Saturday, over and over again. I know she is gone, I know. But I am still here. Sitting across from here, willing life into her. Drinking coffee, eating cake and I see no reason to accept otherwise.