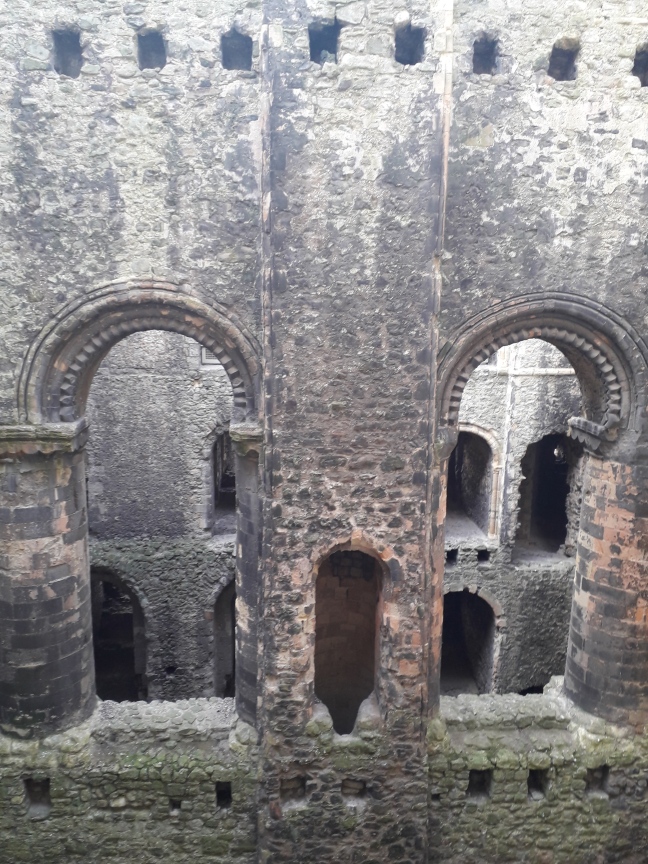 I pop some bread in the toaster and the music starts. It’s a genius idea-music to cook toast too-it’s a whole genre now-its on that internet thingy if you’re interested…read more

I’m sleeping in the car. Well for as long as it lets me. Its one of those days that’s gone horribly wrong.

It started with a joke. We thought it would be funny. It isn’t now. Rather than have the lights come on automatically when we entered the room, we programmed our device to do it by voice control. For a joke, we used the phrase ‘Put the fuckin’ lights on’. Ok so its not funny in any way. Its immature and stupid. I understand now.

Anyway on Tuesday, I walked in and screamed, ‘put the fuckin’ lights on.’ I did scream it. Really loudly. They came on. I smiled. What an achievement. I sat on the couch in the lounge, with a glass of juice on the table, and briefly fell asleep.

I awoke to a funny sound. When I say awoke, I leapt up and knocked over the juice. Juice all over the rug. No probs, I can clean that up. But the noise was like something falling.  It was then I remembered. We have an anti-swearing function on the fridge. I know-why would you do that? Ok well- I get frustrated cooking -seriously the recipe programme device thing still escapes me.

It says- ‘Lets cut some onions for the casserole for dinner.’ Which sounds nice and cheery. It is able to see me chopping onions so it can give me ‘tips’. But there not really tips, there just rude.

It says things like -‘No that’s not right, that’s not how you chop an onion. Do it like this’ and up pops a picture of perfectly chopped onions-which incidentally is not even a thing.  Then it says, ‘perhaps you should start again?’

As if? I am not going to waste another onion. Then it argues-‘Really you should start again, this will affect the quality of your casserole-you do want it to be perfect, don’t you?’ Actually I just want it to be edible-which it often isn’t-which is nothing to do with how I chop the onion.

It usually ends with me screaming at it ‘How would you know? You are a machine and have never chopped a fucking onion in your life.’

Except today, I walked into my house and screamed, ‘Put the fuckin lights on’ as I walked past the kitchen to get to the lounge. I guess the fridge ‘heard’ it and has now defrosted on to my floor. Big chunks of ice falling onto the floor and melting nicely.

Fine, you know what-I can sort that. Except that it has also sent a new grocery order out because everything is ruined. OK, so that order will either arrive in 24 hours or 24 minutes-which one did I programme?  I can’t remember because I never swear in the kitchen anymore.

The other thing is I programmed the fridge to defrost every time I swear- I didn’t think about the ‘refrost’ bit-is that a word. So I sit there in the kitchen whilst it defrosts away, ice falling at my feet and sloshing on the floor whilst re programming the thing to be cold again, whilst simultaneously mopping a very wet floor with a towel under my feet. Which is like suicide, because its an electrical device and water. But what choice do I have. I can feel a tingle as I tap on the screen. I ignore it. Seriously the door comes open when it defrosts-I must have set that to happen. Seriously it clearly needed a defrost long before this as well- that is a lot of ice. There is going to be a lot of ruined food in there unless I can sort this programme soon. The order has been sent by the fridge and there is nothing I can do anyway. Perhaps I should focus on the juice in the lounge. Soon I will have double the food. The clock is ticking. Did I do 24 minutes or 24 hours for that grocery delivery? I just can’t remember.

The front door then sends a notification to my device. The new groceries have arrived-24 minutes it is. But I haven’t managed to get the fridge back to cool again. There is no space in this house.

I go and get the groceries. There is no space to leave them in the hall so I just put them in the bath. I know, I wasn’t thinking but I thought it would be colder in the bathroom with the tiled floor. I was also cleaning the floor and reprogramming the fridge and thinking the juice is staining the rug in the lounge. I was not focussed on where to put groceries. The problem is there are lots of groceries and the bath thinks there is someone in it. The bath starts to run water when it thinks someone is in it. I hear water running but it doesn’t click for a bit. Then I realise that the bath is running –all over the new groceries. When I go in, there are vegetables floating and frozen meat on the bottom of the bath. It looks like the ocean on a good day. I need to empty the bath of water and groceries. The groceries are ruined. I need more groceries –again-but I need to fix the fridge first. Or the juice, maybe the juice?

I need to mop the water off the floor in the kitchen, throw out the food in the fridge, mop the floor in the bathroom and probably throw out the food in the bath. And there’s the juice in the lounge. Why can’t my device do any of this? Never mind, it can do mood lighting and whatever song I want at the drop of a hat-which it can’t pick up. I just need to remain calm. I am hungry and need dinner. I think it’s going to be toast. I pop some bread in the toaster and the music starts. It’s a genius idea-music to cook toast too-it’s a whole genre now-its on that internet thingy if you’re interested. I go back to reprogramming the fridge and wiping the floor with a towel under my feet-which is never going to work. Still getting that tingle.

Then an emergency red signal pops up on my device. There is a water situation. I know that. I am in the kitchen. I can see the ice melting on the floor. Then I realise it’s the bathroom not the kitchen. I looked but I didn’t actually give the command to turn the taps off, I just shut the door.  The bath still thinks there is someone in it, its waiting to be told to switch off.  Seriously how much meat did the fridge order. The taps are voice activated. I am totally panicking now. I leg it for the bathroom, screaming ‘fuck, turn off the taps.’ The water stops. The bathroom is a small lake. I fling some towels on the floor. I need the toilet but can’t get to it.

I head for the kitchen, then realise I have sworn very loudly a second time. The fridge. The fridge is now glowing red. My device is telling me there is a situation with the electrics. Everything stops. The lights go out. The music from the toaster stops. I hear a pop from the lounge room. That will be the screen objecting to a sudden loss of power.

I am now sitting in darkness and probably the only way to get the lights on is to swear very loudly again. But I have not reprogrammed the fridge yet. And there is no power. I don’t even know how to fix that. The fridge is still glowing red but fading slowly as it powers down. Seriously defrosted now. My device is working on battery. I can hear the bathroom taps again, I don’t know why that is. What system are they working on? I take my device and put it by the front door. There is no water by the front door. I stare into the kitchen at the glowing fridge and the water on the floor-best to leave it. Abandon ship.

I poke my head around the living room door, silence and darkness although in the corner a small line of smoke is snaking up from the screen. There is the faint odour of juice mixed with Ikea rug. Abandon ship there too.

I look in the bathroom, I wade in, switch off the tap. There is a chicken with sage and onion stuffing on the floor by the toilet. There is broccoli under the sink. I need to pee. Its dark outside. There is vegetation. I grab the toilet roll. Abandon ship.

I could try the bedroom, but seriously would you?

I am going to sleep in the car. Until it tells me I can’t. I will deal with it all tomorrow.