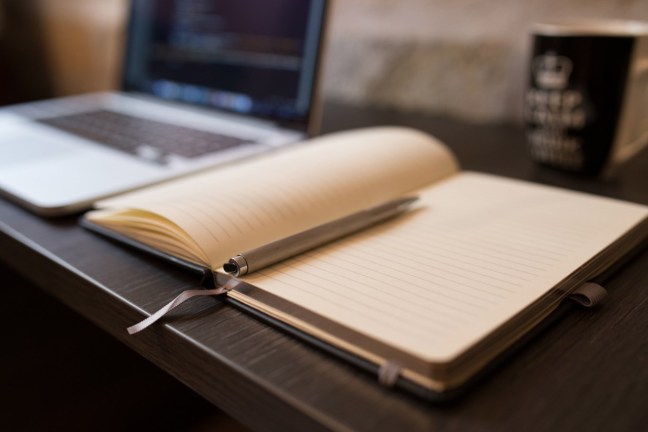 Just keep bloody rowing. What the hell do you do when you’re in the middle of the English channel –menstruating. Just keep rowing. The darkness is coming. Night time. I don’t know why I am surprised or taunted by it. Its like its personal. The absence of light, makes things worse. The stars will be beautiful and stunning but I will feel cheated as the light goes down. Keep rowing. The device is still working-just. I am still going the right way. I have factored in about 4-5 days and nights of rowing to get to land. The sea here is much calmer than it used to be, there are no ships to worry about. Nothing to concern me except food and water.

It’s monotonous. It’s tiring. I should have brought someone with me. The past. I should have brought something other than the past. My first thought is a book. As if you can read and row, You can’t. Instead I have the past for company. It is still with me. Inside of me. I think it’s not, it’s gone but at moments like this with the night closing in. Before the heavens glistening with stars, I know it has not left me. I know my heart will beat faster. I know my breath will become shallow. I know I need to focus on my arms, on keeping the rhythm. Row. Aching legs, sore butt, row, row, row. Rhythm and pace. Water and food

I think about the old lady. About her last breath under my hands. I think about all the death I have seen and the parts of it I have caused. Of course we caused most of it. Plastic toothbrushes, why do I always think of plastic toothbrushes.  As if one less plastic toothbrush would have made a difference. It was everything, all consuming, all of us consuming. Our whole life style got me here. Rowing across the channel, between England and France, both of which only exist in a meaningful way in my head. We swapped to bamboo toothbrushes an age ago. Didn’t we? Did we? Back when we had four safe and secure walls, a house, a home-wall paper. Beds. The list is long and pointless because all that stuff got me here.

I remember the Essex floods that took us south, to my mother in laws. I remember her house. Not our four walls anymore after that. Even though we lived on what passed for a hill in Essex, it was barely a mound and it had become an island. We had to row. Its where I first became good at it. As a matter of fact my first really big row was from Essex into Kent (which again was largely underwater and then into East Sussex. Names that haven’t fallen from my tongue or anybody else’s in years. A few days of rowing our belongings or what was left of them between the two houses. I think that is when he really left us. Two boats, lots of possessions-we left her at one end and went in convoy together. Him and me, but he was looking out over that sea.

I’ve no idea where he went, even when he went is a bit vague-a few months after we arrived. Maybe. One day he just didn’t come home. I don’t think I waited. Or cried or even mentioned it. He just never came back. I think maybe he died out there somewhere. Who knows. Lots of people died. I think probably he died. Otherwise why wouldn’t he have taken her. She was his daughter. Young. Valuable. Perhaps he knew the future that was to come and that he couldn’t protect her. I will never know. I still worked then. His mother was wheel chair bound. I had less compassion then. I hadn’t see so much suffering. I thought death was the worst of things and held no blessed relief.

I can’t even remember when we decided to go. Maybe I can. If I want to. I packed our things. She never asked. She knew. Nanny wasn’t coming with us. She couldn’t. Too much of a burden. We left before daylight, one day, one random day. Planned. Unplanned. Planned the time but not where we were going. Is that a plan?  Before the old woman was even awake. I put some fresh bread on the bedside table and a jug of water but we never went back. She died horribly, suffering probably calling out for us. For her probably but not for me. There would have been a point when she realised we were gone. That no one was coming. In hindsight, I should have been compassionate and ended her sleep quietly in the night rather than sneaking away. It was inhumane but I didn’t know that then. I hate to think that dogs found her or birds pecked at her or that god awful cat that hung around gnawed at her as she passed. Memory has no comfort. The stars, where are the bloody stars tonight.

By the time we left, the lights had gone out. The power had stopped. The place smelled of sewerage. Clean water was hard to come by. Food was near non-existent. I grew things in the garden but it wouldn’t sustain us. Some nights I would get out of bed and flick all the light switches in the house on and then off again-but it was useless. I wanted to believe we’d blown a fuse or needed new bulbs but the truth -the power was gone. It was never coming back. It was matches and candles and things we couldn’t make anymore. There were a lot of empty houses. We took things. Wouldn’t you?

We went to London together, me and my daughter. Along dark tar roads, broken and torn by the weather. Filled with others like us, walking to nowhere. I can still hear cars in my head sometimes. But cars were long gone. Fossil fuels. They were the enemy. We just didn’t know it. London, we were headed for London. Not really London. It was outside the M25. Near Reigate, where we –well I was old and she was young. Not super young. Seventeen–able to take care of herself. It was a joint decision. There was space on one boat. I gave her everything I could. Just words mostly. No matter how bad it gets-live, breath, live I will find you.

Those early journeys into France or Spain weren’t so risky. Lots made it and then onto Africa, more risky but still lots made it. Maybe she did. But Africa had shrunk as well. Even now, when I go there, I can’t tell which bits have survived and which haven’t. It changed. It just changed like everything else. Less water, less land, different land, more people, less people, different people. Its hard to know where she would even have landed. I tell myself she did land and I will see her again. I tell myself I would know inside my head if she was gone. But the truth is I don’t spend a lot of time inside my head. I focus on the things I need to do to survive. I hope she does to. Pain is useless in the face of hunger. It simply weighs you down more. Lessens your chances of survival.

Row. Keep rowing. I keep rowing. Not seeing her getting into a boat. Not remembering that it was night time and dark and I lost sight of her even at the dock.

I remember her smell and her smile. The colour of her hair. My arms ache. The tears are coming. I focus. The tears will do me no good out here. I have to survive. The way she has to survive.

I look even now when I see a group. Him, the old lady I can barely make out their faces in my head but she is there, golden and shining and waiting. I stop rowing. I must focus.

There is so much blood, its like puberty in reverse. I remember puberty, hers, mine. Not enough food for her to even have a period at the end and here I am positively gushing Row, just row, on and on.

France is waiting. She spoke French, did a year of it at school. Better at Spanish. It would be enough. Would it? How could I know. You hear rumours about the fate of the children of Europe in the camps of Africa. I am fortunate. I came later, when humanity seems to have returned, although for my part I am not sure Africa is a continent it ever left. I think it might have been us, we might have been the ones that turned a blind to humanity and the price we have paid, when I think of it, is perhaps not so undeserved. I sob. I row. I try and focus. It is dark. I am wet. There is blood everywhere and still I have no choice. Breathe is going in and out of my body. I have to live. Survive. Go on.