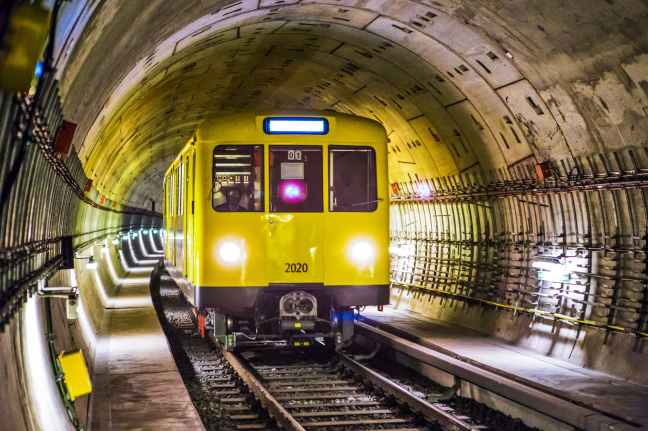 Some people would draw it but I choose words for my pictures. You know the place, you’ve passed through on your way to somewhere else. You didn’t stop and if you did it was just to buy some food  before you drove on. It was nondescript, home to no one you know. You can’t even remember its name. It wasn’t big, it wasn’t small, it was just a town.

She sits next to him on the train. Not always, just sometimes. He never seems to notice her. He has eyes only for his phone, for the slightly illicit morning conversation with the woman in the office. The one who’s butt and legs he fancies. Really he should have set that phone for a smaller font but he is so imbued with the importance of his own subterfuge he doesn’t care who sees. She thinks he thinks that he is too important to bother with discretion.

He isn’t particularly observant. He lives one street away. She’s walked down that street sometimes. Knows which door he comes out of. Has seen the wife. The woman with perfect skin and bleach blond hair, gel nails, whose hips have widened out but who still fills her jeans and wears her boots with aplomb. She supposes she must still feel sexy. She thinks perhaps he never notices.

She needs glasses to read but she can still read his texts. She sees the words he writes to someone else. She sees someone else’s answers, coquettish, then open, then desperate for a compliment-‘I’m sure its nothing you haven’t seen before’. He replies about what he likes and how its ‘like’ their ‘together’.

She can see the wedding band, has watched him emerge from the house where he lives with his children that very morning. He kicks his bag accidentally on the train. No doubt he is thinking they are all consenting adults. In his bag is the lunch made for him by his wife. She makes lunch for him as she makes lunch for the children. He wonders how the wife  has let herself go so much after only two children. He rests his phone on his paunch. Poorly manicured nails hurry over the screen. His mother had three boys and was still glamorous until her grave. He takes up space on the train. Legs splayed, bag in front of him. He is important. She sits huddled in the corner and watches. She knows she shouldn’t.

She has often thought of just slipping a note to his wife through the letterbox. Nothing malicious, just a heads up, you should check his phone. Then just wait for the ‘for sale sign to appear. It is a non descript house, neat on the outside, with a family car on the drive and a middle aged man car beside it. She never did leave that note

One day he arrives at the station looking more haggard, then she sees the for sale sign a few weeks later. Perhaps someone else left the note? She sees the texts to the woman on the other end of the phone as he tries to extricate himself from something he had never intended. They had all been consenting adults. He has gone a bit far perhaps. He can’t understand her anger. It was a bit of fun between consenting adults, he’d enjoyed flirting like a teenager again. He had no idea she thought he genuinely cared. He looked through the texts, does the phrase, ‘its like we’re together’ indicate anything more than it said. His wife seemed to think so. That line had sent her over the edge. Its also the one that HR were talking about-amongst a raft of others.

His wife seemed to have grasped the seriousness straight away. It still eluded him. The stress has made his belly sag. He clearly has been leaving somewhere without looking in the mirror some mornings. The other woman is reassuring, he is still attractive.

Later that same week, she sees the text, the woman on the train. She notices now that he smells a bit. She thinks its his socks. Not washed. Perhaps she won’t sit here again. She watches. Observes. He clings on to something he never wanted because if he doesn’t HR will want to talk again. He doesn’t even recognise this woman in the conversation on the phone. He thinks about wide hips and tight jeans, boots and gel nails and the comfort of bleached blond hair and wonders where that has gone. He tries not to think about his kids. The bag on the floor is empty. He is buying lunches now. They are the best meal of the day.

He comes to the station via a different route. His shirt unironed, his bag empty, the trousers sagging as the stress takes its toll. She does not always sit next to him. She thinks about passing him a note. ‘Please wash your socks’ and then another day, ‘I think there is snot on the sleeve of your shirt.’ She sits there sometimes wishing she had a pen and paper. She was there the morning he broke up with her, the one who thought he’d seen it all before. The day he told her, it was like they were together doesn’t mean the same as we are together, or I want to be together, it just means ‘its like we are together’ but we are definitely not together. Its just like that. 10 minutes later, there is the summons to HR with a ‘please explain.’

Sometimes, even on a train you are privy to a private moment, to a transformation, a revelation. She sat there one morning, knowing he didn’t see her or recognise her in anyway. She was invisible to him. She looked at the haggard face, the sagging eyes, the sullen complexion, but she was lucky enough to witness the moment, that moment when he finally understood, a moment of vigour and life as he suddenly realised, ‘I am an idiot.’